Welcome to another post of “Put the Sci in your Fi!” Today we’ll be continuing with the previous discussion on how to make science more affordable for your science fiction character if they aren’t swimming in money. As much as we would all love to get those million dollar grants or inherit truckloads of $100 bills from our parents, it simply may not be realistic for everyone’s sci-fi characters to be abundantly wealthy.

Given the high costs of science, doing research may present financial challenges to your character—but some corners can be cut, and this post aims to continue showing you just what actual scientists have done with every day items. 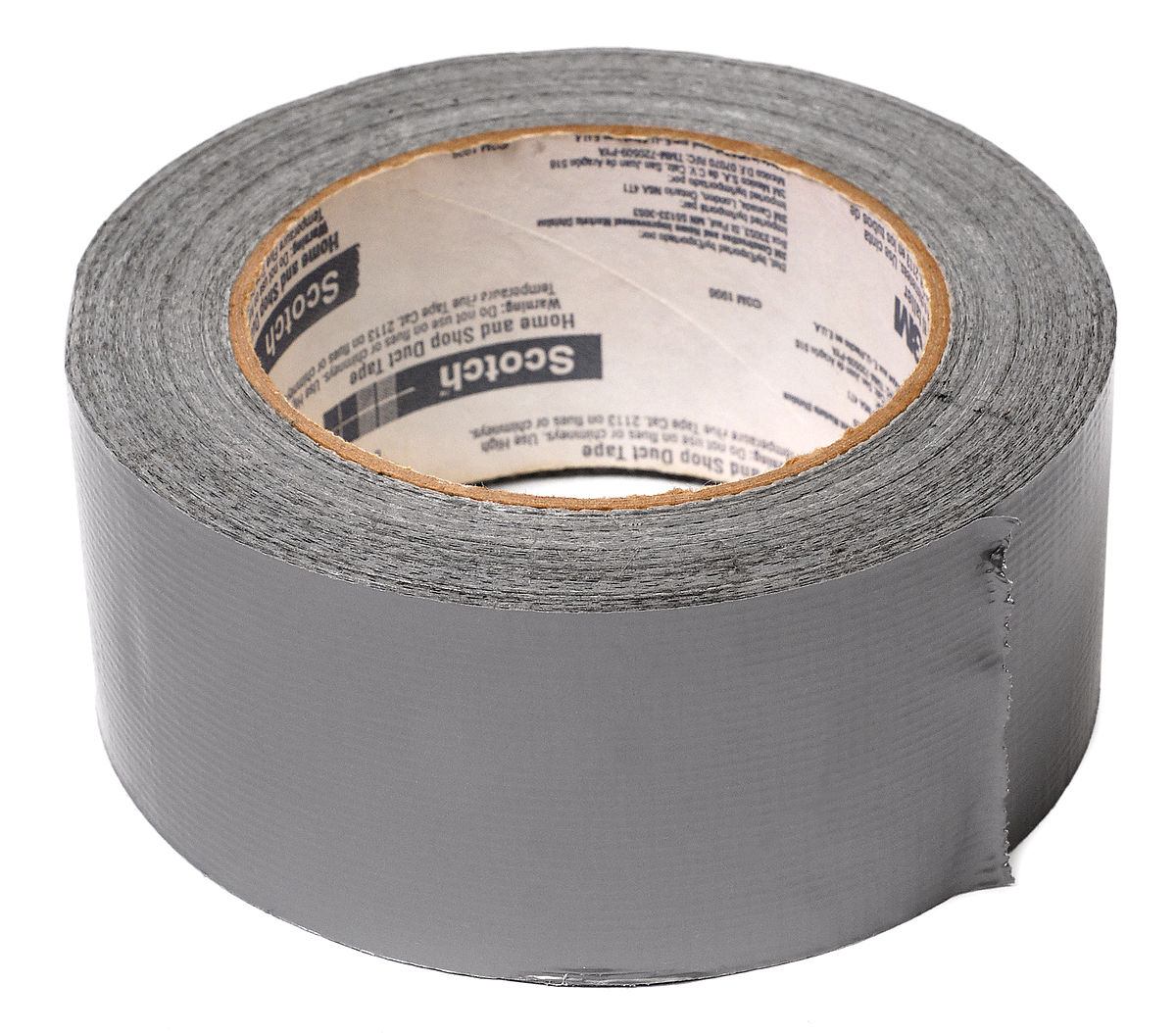 Starting off simple, this is probably an obvious, but often overlooked, item. It’s used for: Everything. Sincerely, anything and everything that might need to be fixed or kept together. Holding tubes in place, keeping lids on desiccators, holding the doors on old incubators together—you name it, chances are, duct tape can be a quick fix to an expensive problem. Of course, it won’t be a permanent solution, but enough duct tape should at least get you to the end of your experiment without sacrificing too much money.

TL/DR—put a stack of this tape in a corner somewhere. 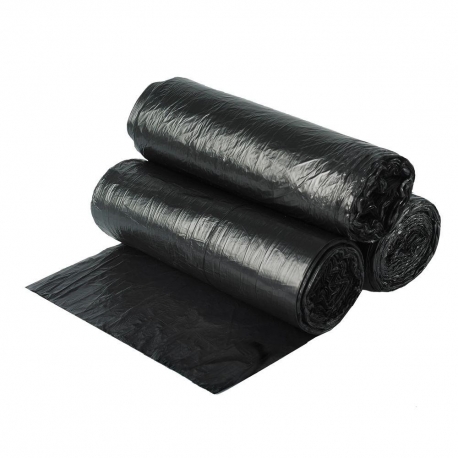 Disclaimer: This is not my story, but one from my friend, who worked in a microfluidics lab for his PhD in physics.

The microscope room in their lab had a doorway, but did not actually have a door. To create a dark room, they covered the doorway into the microscope room with trash bags by stapling the bags over the doorway from top to bottom. They left a slit in the middle to get through, and used a piece of tape to “shut” the two halves.

While my grad lab was slightly better off, we did not have a full room especially designated as a dark room either—it was shared with the 3D printer room, and separated via this sliding accordion door thing, that would constantly slide open if you didn’t slam it shut hard enough. When people want to turn the lights on in the 3D-printer half of the room, sometimes light would shine through if the accordion door wasn’t shut all the way. Several times I stacked a trash can and several cardboard boxes by the door in an attempt to at least block out some of the light when the door just refused to stay shut.

TL/DR—If your character needs a dark room but can’t afford to designate a special room for it, trash bags (and cardboard) can serve as a cheap way to slap a dark room together. It probably won’t be the sturdiest thing, but it’ll get the job done.

Not quite an “every day item” like the rest of this post, but like cars or electronics, laboratory equipment can be, and frequently is, second hand. As much as we would all love to have shiny new microplate readers and flow cytometers, the reality is that these machines are hideously expensive, even for the huge “empire” labs with the flowing grant money.

Scientists have sites like Ebay where we can look for used equipment, for everything from microscopes to centrifuges to freezers (pro-tip—the -20 freezers typically found in the lab are not frost-free freezers. Auto-defrost cycles can cause temperature spikes that may be harmful to temp-sensitive samples and reagents.) Sites like these can reduce the prices of various equipment from prohibitive to merely daunting. Such sites include BioSurplus, LabX (where you can also request equipment), and also, yes… Ebay.

TL/DR—Leave a few tabs of these open on your character’s computer screen, and put old and outdated models of equipment in the lab.

People already use pantyhose for everything from vacuuming to storing potpourri, but they can be useful around a science lab as well. In a proper lab setting, scientists generally aren’t allowed to wear pantyhose since it doesn’t provide any protection in case of spills. But, for niche uses, it turns out pantyhose can have wildly different applications, no matter what the subject of study is.

One of my former labmates who worked with lizards used to buy pantyhose, not for wearing, but for his crickets (the lizards’ food.) He kept his lizards in those plastic fish tanks with the slitted tops…

…and would stretch the pantyhose over the tops of cages. They served as a mesh top to prevent the crickets from escaping when they were fed to the lizards. Apparently, his crickets were able to escape from the normal plastic cage tops that come with cages, as evidenced by the fact that sometimes I’d find crickets crawling around the floor and under my desk (I sat across from him.)

Now, you could also get one of those mesh screen covers for the top of your cricket cage. 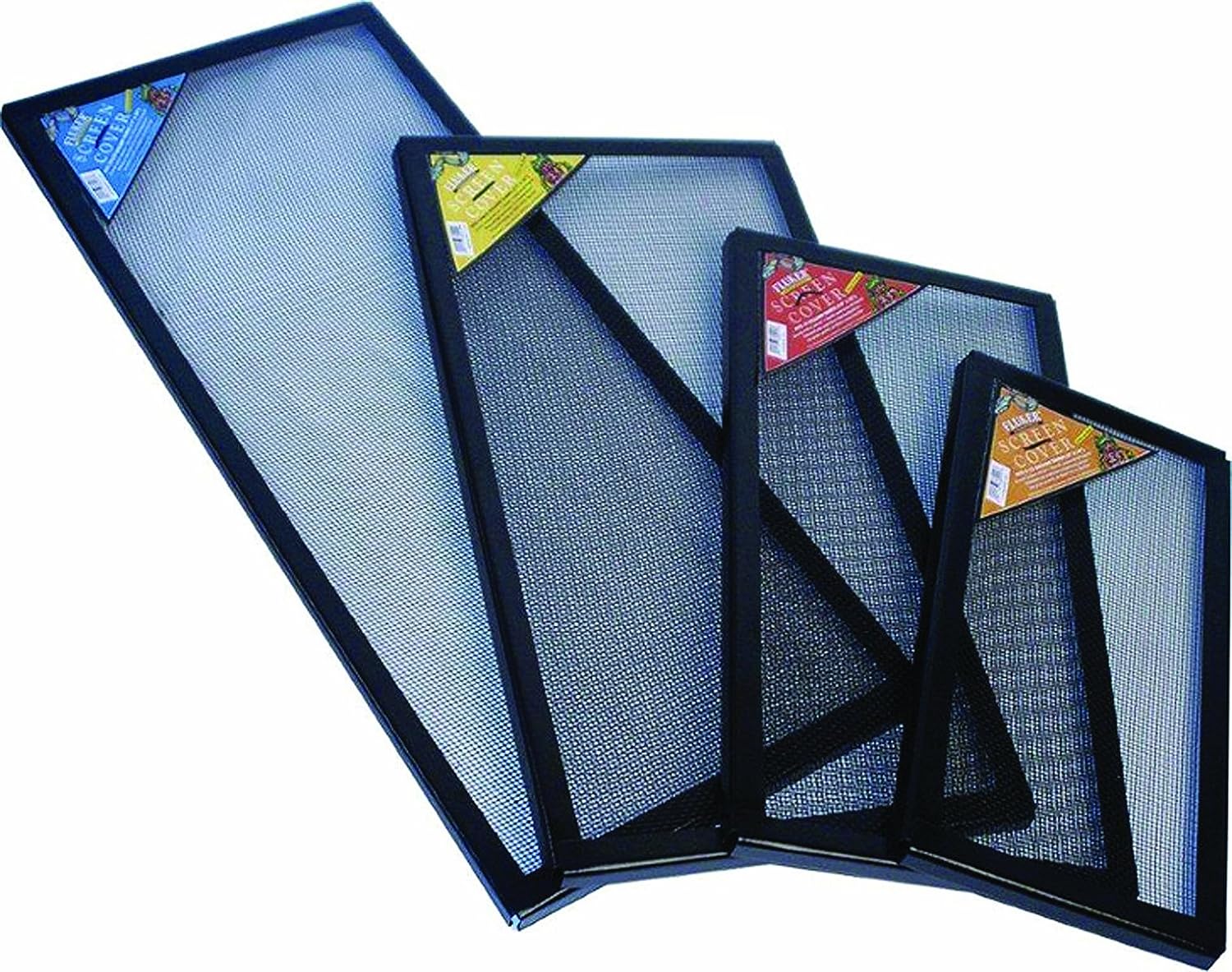 But those are probably three times more expensive, and the point here is to be cheap, which pantyhose is.

If your character works with a DIY water system, i.e. a hydroponic farm (in this case it doesn’t even have to be a lab setting), you can also use this as a cheap filter to prevent algae from clogging your system. These can slide over the end of a plastic pipe to catch algae and any other macroscopic floating bits.

TL/DR—if your character works with insects or water systems, a few packages of these might not be out of place in a cabinet.

Fair warning, this one is going to get a little involved.

We had a pillow in my graduate lab, and I’ll be honest—some of us used it for its intended purpose, sleeping. Sometimes you have experimental timepoints at 3AM, other times you just really want to get your microscopy imaging done—so, you sleep in the lab for a night.

But the reason our boss said we should buy pillows was not because he wanted his grad students and post-docs to be sleeping on the job.

The pillow we got wasn’t a down pillow or memory foam or anything fancy. Just a run-o-the-mill pillow—that was filled with a synthetic polymer material.

In my last post, I mentioned that my graduate lab was an orthopedics lab, specializing in part in tissue engineering. This meant a lot of our experiments involved building scaffolds in the likeness of various body parts, either through 3D printing, or a process called electrospinning, an electrostatic fiber fabrication technique that can be applied in tissue engineering, biosensors, filtration, wound dressings, drug delivery, and enzyme immobilization (Bhardwaj, 2010).

Briefly, electrospinning involves dissolving a polymer in an appropriate solution, then discharging the solution through an electrically charged syringe toward an grounded collection surface (some kind of stationary surface or a rapidly rotating mandrel). The difference in electric potential will overcome surface tension of the solution to form a polymer jet from the syringe.

Why does pillow filling matter for this?

Because the spun micro- or nanofibers are usually constructed from some sort of synthetic polymer. There are a variety of options available to researchers, but the idea here was to dissolve the pillow filling with a solvent, and use that material to spin into a nanofibrous scaffold.

Ultimately, our lab wound up leaving the pillow on the shelf and buying pellets of polymer to dissolve for use in our experiments—but the initial reasoning behind this approach was due to the price. A 500g bottle of polycaprolactone from Sigma costs $204.00, whereas a polymer-filled pillow ranges from $3.00-5.00.

There are several downsides to the cheap approach in this case. I’m going to hazard a guess and say the quality and purity of the pillow filling will likely be inferior to Sigma’s polymer pellets. Another drawback is that while polycaprolactone is biodegradable, it’s a fair bet that whatever the pillow is filled with is not. This second factor in particular will be something to consider, depending on the type of work your character is doing.

Admittedly, this is a niche area in the life sciences, and probably not one that is often seen in science fiction. But if your character is interested in tissue engineering, a homebrew electrospinning system, while expensive and complicated to set up, may be a worthwhile effort for your character’s lab.

TL/DR—If your character is interested in creating organisms “from scratch” using tissue engineering with 3D printers or electrospinning technology, throw a few pillows on the top shelves. Or even if they’re not involved in this type of research, throw a few pillows around the lab anyway. Because sleep.

Thank you for reading! I hope some of these will have provided some insight and inspiration for setting up your sci-fi characters’ lab.

4 thoughts on “Put the Sci in your Fi – Beakers, Bunsen Burners and Budget Cuts (Part 2)”